Had a very interesting morning attending a workshop organised by the local council, on composting and worm farming. There is a big initiative in New South Wales to get households to reduce the amount of organic waste that is ending up in landfill. Rumour has it that in the future households may be taxed if they continue to throw organic waste in the bin. A way around this is to compost it or feed it to compost worms. The result is that from both methods is free fertiliser and soil conditioner for the garden.

After the workshop we came away with a worm factory kit. So off we went and bought ourselves a starter box of 1200 composting worms and set it up. The worms are now eating our veggie chippings, tea bags, coffee grounds, shredded paper, and anything organic except for the odd thing that they don’t like. 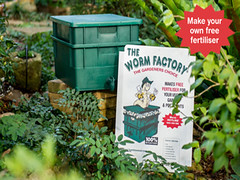 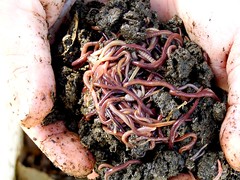 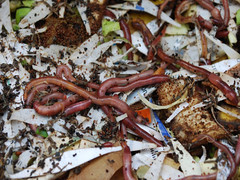